To say “Mo’ Horizons is back” actually isn’t the truth as they haven’t been gone since their first release 20 years ago. But – of course – as usual for musicians working together over decades, their releases becoming more and more… let’s say ‘selected’. So – on this release, in advance for their brandnew studio album ‘MUSIC SUN LOVE’ (release date 10th of May) and right on time for their 20th anniversary.

A1 “You Gotta Know It” feat. Noam Bar (7inch version)
Having her singing in their Soundsystem for quite some years, this is the first studio recording of Mo’Horizons with Noam Bar, singer and musician from Israel. after living in Tel Aviv and Madrid she is now based in Mo’Horizons’ hometown Hannover. On this song you can hear her both talents to sing and rap. 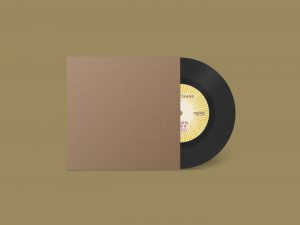