The Legendary Gyedu Blay Ambolley from Ghana, West Africa and his Sekondi Band has 29 music albums to his credit. The most recent album “The African Soul “was released in 2015 and still remains a hit for Highlife/Afro/Jazz dance music fans around
the world.

Ambolley was born in the city of Sekondi-Takoradi, in the Western Region of Ghana, in West Africa.

The multi-talented, International, Ghanaian Musician celebrated his “Silver Jubilee” in music in 1998. Ambolley taught himself to play the flute as a first instrument in his early years of musical interest dating back to the age of eight, when he began playing with his father’s flute. His formal musical training came at the age of fourteen under the apprenticeship of “Uncle Bonku” who taught him to play the guitar. The young music enthusiast continued to learn the rudiments of music from the late’ Sammy Lartey and Ebo Taylor.

This versatile, irrepressible singer, songwriter, producer and “musical-life-force” exploded on the music scene in 1973 with a jazzy highlife sound called ‘SIMIGWA-DO’.

He has toured throughout West Africa, Europe, Canada, and the United States and has performed on the same stage with some of the world’s most celebrated artistes such as; Miriam Makeba of South Afrika, the late Fela Anikulapo-Kuti of Nigeria, the late George Howard, Angela Bofill, Norman Connors, Manu DeBango, Lakeside, Chikuzan Takahashi of Japan, Ricardo Estrada of Cuba, Mayuto Correa of Brazil and toured Ghana with Oscar Brashear and Michael Session.

Because of his originality, his performances have left audiences raving and shouting for more, as was the case at the world famous Apollo Theater in Harlem, New York in 1992. He has played the House of Blues in Hollywood, and was a frequent performer at the Jazz Bakery in California, as well as a performance at the Playboy Jazz festival.
Ambolley has performed to a packed jammed “standing room only” crowds in London, England.

Returning to Ghana in 1997, Ambolley was honored with a standing ovation from his former President, J.J. Rawlings and the first lady at Ghana’s Music Awards Nite.

The celebrated musician has received numerous prestigious awards including the following:

Hi-life music in the Diaspora and also awarded in the same month by the Ghana Embassy in Washington DC for introducing the first ever commercially recorded rap style of music in 1973 and not the Sugar Hill Gang as the Guinness book of record says. 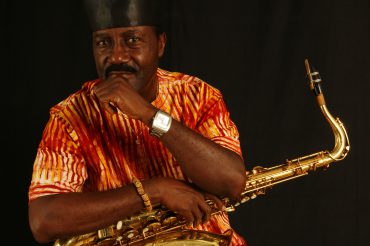 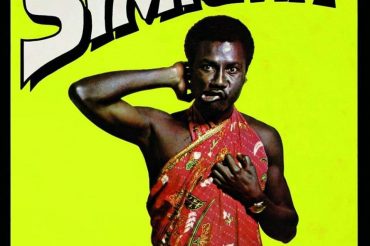 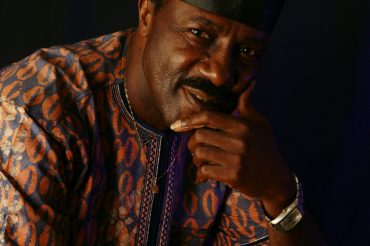