Led by the restless saxophonist Johannes Schleiermacher, this Berlin-based quintet (which is now and then completed by the Danish-Mozambiquan singer Natalie Greffel or malian guitar legend and singer Ahmed Ag Kaedy) has been pushing the boundaries of Afro-Funk to its most extreme, incorporating explosive Jazz improvisations, far out Krautrock, bubbly keyboard sounds and Psychedelia to create a spell-binding musical melange completely their own which proves that is perfectly possible to keep one´s feet firmly on the dancefloor while heading for the stars in a glittering spaceship.

The group has developed a unique groove and style of playing, constructing a collection of eight songs, that throws together tight and funky influences from Marocco and Ethiopia with crunchy analogue synths, spacey organs and effects, and fluid sax and flute lines for a sound that’s all their own.

The LP is a collection of compositions by travelling sax man Johannes Schleiermacher, inspired by his journeys through the world. The band even travelled to Morocco for playing and recording with a quartet of percussionists/ singers in the Issawa tradition, a Sufi Trance Brotherhood in central Morocco.

Onom Agemo and the Disco Jumpers have been playing together for years, and it shows. Taking Schleiermacher’s compositions, the group rehearse the songs, play them live to finalize arrangements and get feedback from friends, before recording the tracks to different 4-track tape machines, mostly at drummer Bernd Oezsevim’s rehearsal space. Take the track “Cool Runnings” for example: locked in the groove, the intertwined sax and synth melody moves up and down the Anichihoye scale. Not to be confused with the comedy of the same title, the track is named after a bar in Berlin-Friedrichshain, where friends of the band put on their night Tropical Timewarp.

This interlocking of groove and melody is a signature element, and also inspired the title of the album. “Cranes and Carpets” alludes to changing patterns, and how the parts of a wider whole can work together in synchronicity. Combine an almost telepathic group intuition with the fact that Schleiermacher also engineered and produced the record, and the pieces start to add up to why the Disco Jumpers sound like they do. 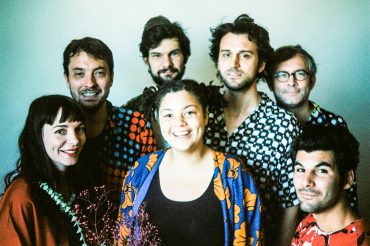 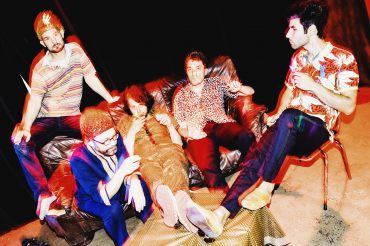 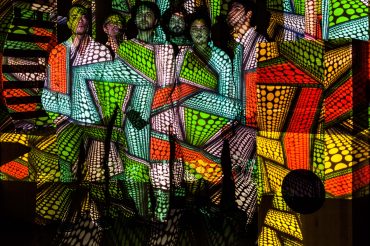