Love makes the world go around. “two”, the second album by The Soul Session, is full of love. Ralph Kiefer, multi-instrumentalist, composer, arranger and producer from South Germany embarks on a stylistically diverse journey into Soul, Jazz, Funk and World Music.

Being a highly respected session musician in the jazz as well as the crossover scene, Kiefer made a serious impact in 2011 with “one”, the first Soul Session album. “one” was built on a solid backbeat of Soul, Hip Hop and Funk, while “two” now takes a step further into a spiritual and eclectic dimension. “Quantraversa” featuring the voice of L.A. neo-soul queen Georgia Anne Muldrow is the mind-blowing opener of this album, a truly deep and intense rhythmic statement. Quantraversa is a word which you will not find in any dictionary, but that is not the point, says Ralph Kiefer. “This album is a journey to the inner self. The recording process was like meditation. I often started with a loop, or an idea for a melody. It evolved from there and I simply let it happen. When I involved the lyricists and vocalists, my drafts sometimes took a completely different paths and ended in something unexpected and beautifully new.”

“The Passage” is a prime example of Ralph Kiefer’s visionary working style. “I mainly work with my mobile studio. Nowadays you can virtually record every instrument in any place you like, you just need a good microphone. Some of my guest vocalists also recorded their part in their own studio.” This way Tokunbo Akinro, the voice of Tok Tok Tok, turned “The Passage” into a futuristic, haunting soul tune. “Live Your Life”, introducing Anaj, works nicely as a kind of theme tune for “two”. Here you have a lose groove which is tight at the same time, keeps in control and simultaneously lets it loose. And then there’s “Wish The Beat To Never Stop”. Ralph Kiefer is especially happy about this track. “I am a fan of Omar since his first album on Talkin’ Loud, I am very proud that he contributed to my album.” With his unique UK Soul stylings Omar fits perfectly to the brilliantly understated and well-informed Soul Session sound.

It’s the two suites which are central to “two”. “Kalimba Suite” kicks off with a stripped down piano, percussion and Kalimba session. Then “Steely Dan” gives it away in its title, sounds like it will move straight into “Do It Again”, but then it does not and turns into a funky Soul Session style instrumental jam. “Transformation” is the perfect ending for “Kalimba Suite”, sticking with the Rhodes, bringing in more synthesizers and getting quite cosmic. “Liberation Suite” has Anaj coming in again. “Got To Go Where To Go” is pure bliss and funky fun. “Samba De Alfana” is a spiritual and deep Brazilian, irresistible jazz-house dance floor mover. With a motto like “Liberation for the nation” and a vocoder meeting a Caribbean style “Funky Nassau” groove you will agree: “Open up your mind!”

“You Are Everything” uses a Horace Silver style piano motif, then adding the sampled voice of philosopher Jiddu Krishnamurti: “His philosophy is very central to my creative process. In the troubled times we live in I think his message is more relevant than ever. Without self-knowledge there is no basis for peaceful thought and action.” Fatma Tazegül closes the album in taking “Never Let Me Go” to another level with her soulful gospel voice. Think of the open mindedness and global funk and fusion rhythm in the Seventies, but also of the Acid Jazz movement during the Nineties and you get the picture of what “two” is about love, peace, being true to yourself and getting involved.

More releases by: The Soul Session 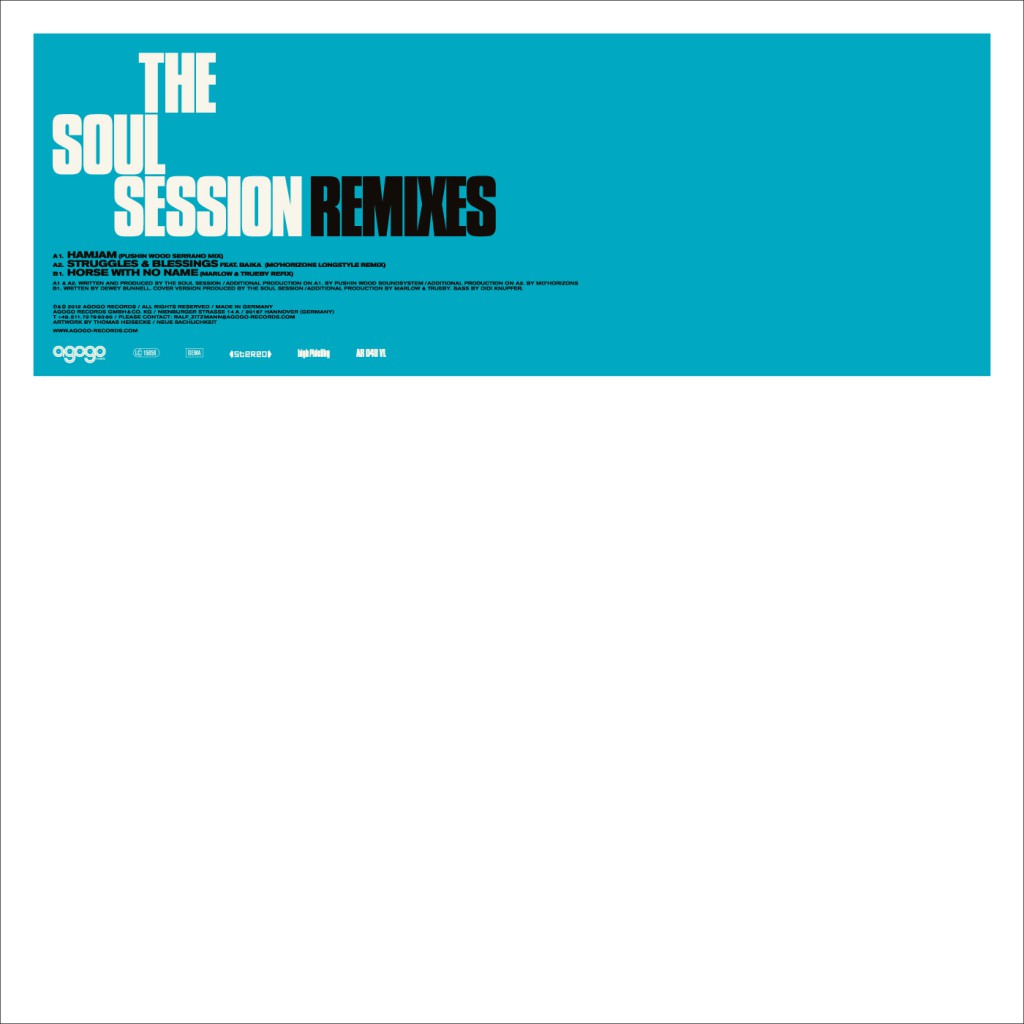 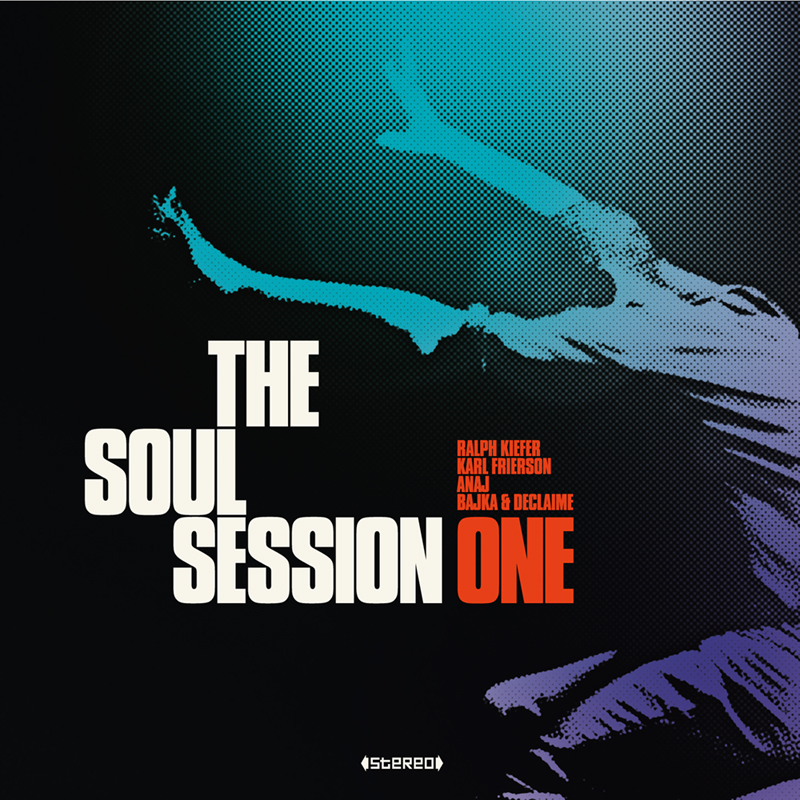 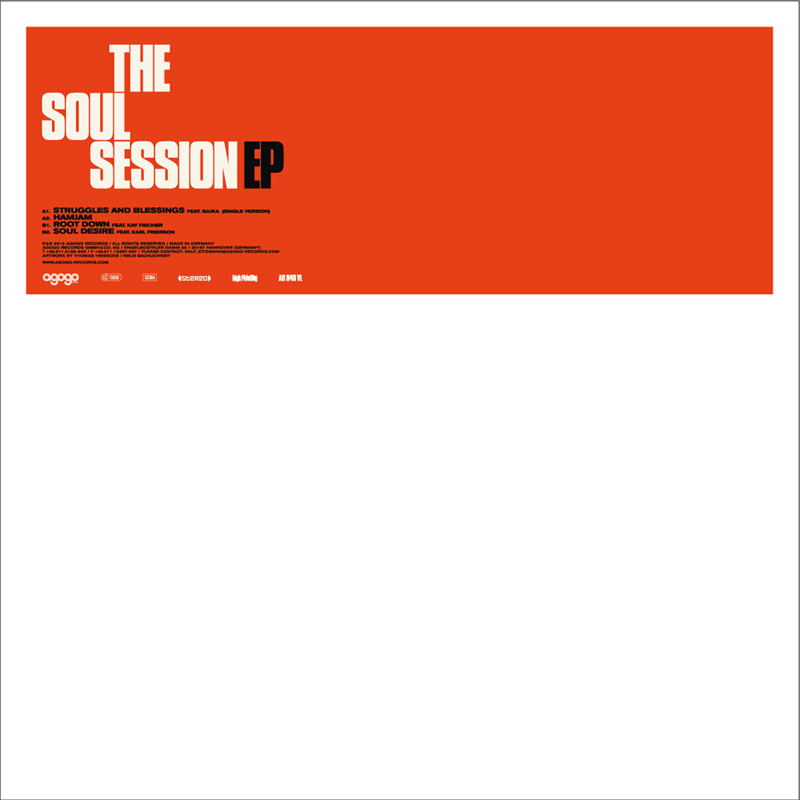